“You Can Still Get There From Here”: Securing retirement in the Coronavirus era

For older workers, the pandemic is making the road to retirement more challenging—but these steps can help you protect your future.

Until recently, Carole Ann Taylor didn’t spend much time planning for tomorrow. She was too busy living for today. A 76-year-old resident of Miami, Fla., Taylor has worked as a loan officer and a jazz singer, a political organizer and a dispute mediator, an assistant to the governor of New York and an aide to the Miami mayor.

Currently a small business owner, Taylor also mentors other businesspeople and volunteers on the boards of the city’s visitor’s bureau and performing arts center.

“To tell you the truth,” she says with a laugh, “I’ve had many lives.”

None of those experiences, however, prepared Taylor for the coronavirus pandemic—or how it would change just about everything. As COVID-19 swept across the country last spring, Taylor’s five souvenir stores at the Miami airport and in Little Havana abruptly were forced to close. Her singing gigs at a South Beach hotel were cancelled. Her mentoring and board meetings? Moved to videoconferencing.

Taylor found herself stuck in her downtown apartment with little income, no way to see her two sons and six grandchildren in person, and no idea when anything would go back to normal. Suddenly, she says, her lifelong attitude toward saving money—“just make sure you have enough to live for the next year”—seemed insufficient. And tomorrow felt less certain than ever before.

“In my mind, I was just saying to myself, ‘okay, now you have to figure out how you are going to make it,’” Taylor says. “Can you flip the script? And if you can, to what?”

Taylor considers herself fortunate: through a combination of securing government relief for businesses affected by COVID-19 and working with a financial advisor for the first time in her life, she has managed to weather the pandemic so far. Still, Taylor is facing the prospect of an unexpected next normal—and among older workers, she’s hardly alone.

While the coronavirus mostly has made a mockery of predictions, one thing seems clear: for many people, COVID-19’s disruptive impact is making the road to a comfortable and secure retirement more challenging. To get there, experts say, older workers will need to be more engaged and flexible with their planning for the future—and more willing to reinvent themselves in the here and now.

“Those of us who have been studying Baby Boomers and Gen Xers have known that many people are absolutely not prepared for retirement,” says Ken Dychtwald, author of What Retirees Want: A Holistic View of Life’s Third Age and chief executive of Age Wave, a consultancy that studies aging and related issues. “Now you have this disruption, uncertainty, and real fear set in motion by this horrible coronavirus, which is causing a lot of people in their middle years to contend with the reality of, ‘yikes, I haven’t done a very good job of saving for a rainy day.’

“That’s the bad news. The good news is that there are solutions. You can still get there from here.” 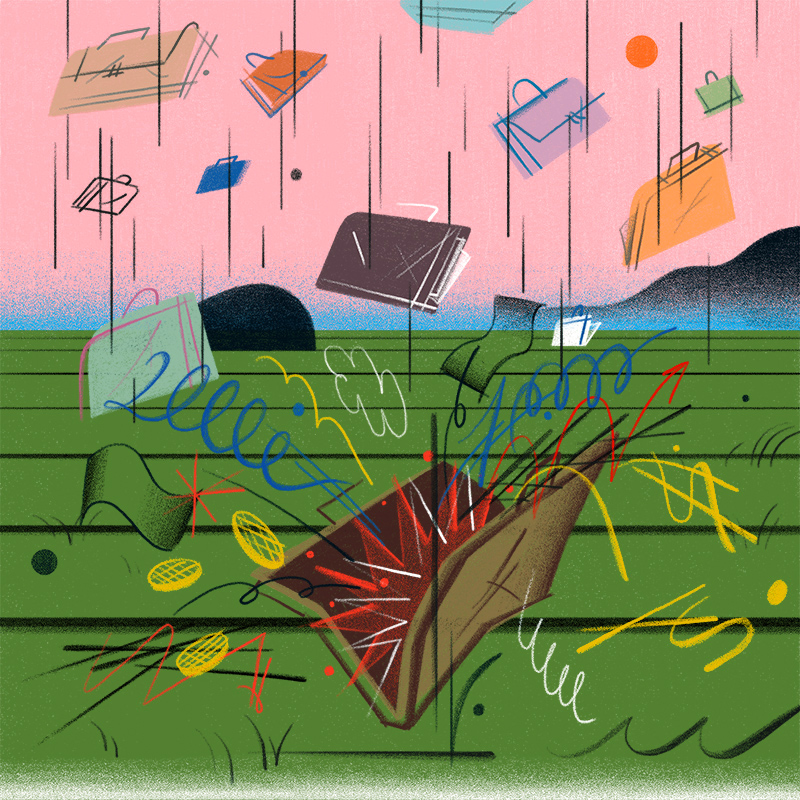 Once upon a time, people working toward retirement could count on a predictable journey made possible by a climate of relative economic stability. You climbed the career ladder. You saved and invested with a target number in mind. As retirement approached, you knew what to expect, assuming you had stayed the course.

But no longer. Thanks to the coronavirus and other social and economic trends, the present has become more unstable—and the future, more uncertain. That’s particularly true for older workers, who face retirement readiness challenges in three key areas:

The pandemic’s economic fallout has hit older workers hard. Between March and June, 2.9 million workers ages 55-70 left the labor force—far more than the 1.9 million workers in the same age range who exited during the first three months of the Great Recession.

Many of those people are unlikely to return. More than 40 percent of the older Americans who already have left the labor force this year report that they are retiring. Meanwhile, those who want to keep working face significant headwinds.

Older workers are about half as likely to become reemployed as their younger counterparts. They take nearly twice as long to find new jobs. Those jobs tend to pay significantly less than previous gigs.

Teresa Ghilarducci, a labor economist and retirement security expert, says that the pandemic is exacerbating those trends. To wit: as states relaxed public health restrictions in May and June, Ghilarducci says, workforce participation rebounded for younger workers—but not for their older counterparts.

“Like always, we are seeing that older workers are less likely to get rehired,” says Ghilarducci, the Director of the Schwartz Center for Economic Policy Analysis (SCEPA) at The New School in New York City. “But their rate of reabsorption into the labor force is even lower than in the last recession.”

Losing a job means losing income. And losing income means less ability to save for retirement—a setback that can be especially acute for older workers, who often are in their prime earning years.

“Earlier in your career, you’re raising children, buying a home, building your life,” says Jody D’Agostini, a CERTIFIED FINANCIAL PLANNER™ professional at Equitable Advisors, LLC. “Then you finally get to a place where you’re paying off your mortgage, your kids are out of college, and now you can really pack in those retirement savings. When that gets diminished, it really upends you.”

Prior to the pandemic, financial readiness for retirement was an issue for many Americans. Only half of all Baby Boomers say that they have recovered from the Great Recession, and the Federal Reserve reported last year that 44 percent of non-retired adults felt that their retirement savings were “not on track.”

Formerly a recession-fighting weapon of last resort for fiscal policymakers, ultra-low interest rates are now a fixture of the American economy—and according to economists, likely will remain that way for quite some time as the world attempts to bounce back from a once-in-a-century health crisis.

That’s tough news for pre-retirees, because it raises the bar on the amount of assets they need to fund a financially secure life following work. “For some, it’s not a saver’s world,” says Jordan Awoye, a Financial Professional with Equitable Advisors, LLC.

Older workers face other retirement readiness obstacles, too, including COVD-19 illnesses and adult children needing financial help. Many state and local governments are dealing with pandemic-induced financial crises, which could affect pension funding levels. The outcome of the recent election also may result in tax changes that could reduce incomes and complicate financial planning.

Taken together, Ghilarducci says, these factors are increasing the risk of older workers falling into what she calls a “downward mobility spiral” of job loss forcing pre-retirees to put away less, take on more debt, and tap into their existing savings and Social Security sooner—all of which leads to smaller nest eggs and reliable income in retirement.

“If you’re a pre-retiree during this pandemic, you probably still have responsibilities for your children,” Dychtwald says. “Maybe they’re still in school, or they lose their jobs and you’re helping them out. At the same time, maybe you have two parents alive, or even four.

“So you’re reaching into your own pockets to help, and if then your work shuts down or your job goes sideway, there’s a stark realization—I can’t afford my life!” 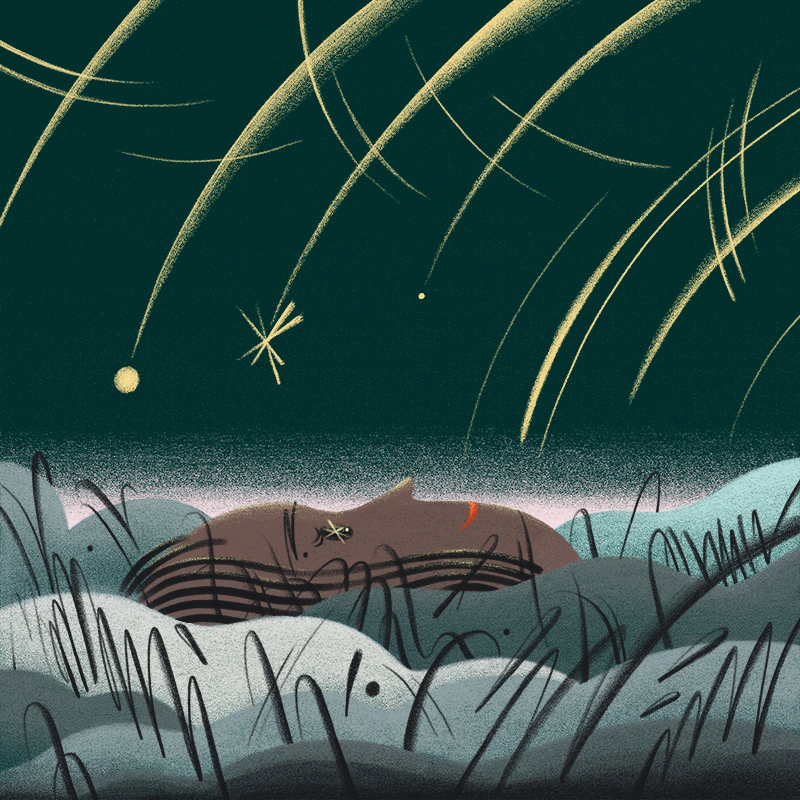 Taylor can relate. For most of her life, she says, there was “nothing I couldn’t do.” After graduating college with a sociology degree, she turned down an offer to sing with Duke Ellington to work for former New York Governor Nelson Rockefeller’s Women’s Unit in the late 1960s. She then worked as a traveling loan officer with the Small Business Administration, distributing aid to communities hurt by natural disasters.

In the early 1980s, Taylor settled in Miami, serving as an assistant to Mayor Maurice Ferré and helping to create a foundation that supports minority-owned businesses. She became an entrepreneur, opening the first of her five souvenir shops. “My life story was responding to the needs of the day,” Taylor says.

The pandemic came as a shock. Taylor’s businesses depend on travel and tourism. Both were curtailed. A bon vivant who frequently traveled, was deeply engaged in her community, and loved spending time with her family, Taylor locked herself down. “I’ve lived through two heart attacks, two knee replacements, and a removed brain tumor,” she says. “And I have emphysema. There is no reason for me to take a chance by going out.”

Taylor had one important thing going for her. In the fall of last year, she began working with Gerald Grant Jr., a Financial Professional. “I had never done that before,” Taylor says. “I had been busy for so many years raising my children, running my stores, on and on. I was not saving. That was a bad situation to be in. If I lived for another 15 years, what would I need? And how could I make that happen?”

Through conversations about her life and goals, Grant helped Taylor understand something about herself.  “I’m a nurturer,” she says. “I love to give. And that’s always what I have done.” Taylor was financially generous to her family and anyone else who needed assistance. But she wasn’t taking care of herself. Grant analogized her financial situation to being on an airplane during an in-flight emergency: You have to put on your oxygen mask first before you can help other people do the same.

Taylor cut back her spending and began putting more money into a retirement account. When the pandemic hit, those choices gave her a larger financial cushion—and greater peace of mind. “I am so thankful Gerald helped me set my financial life straight,” Taylor says. “Had that not happened, I might have been in a real panic.”

Instead, Taylor is thinking about her next steps. Before the pandemic, she sang mostly for fun and artistic fulfillment—but now, she believes that it could become a bigger part of how she generates income. “She is a very talented vocalist,” says Grant, a Retirement Planning Specialist with Equitable Advisors, LLC. “And she knows how to run businesses successfully. As soon as things turn back around, she’ll have opportunities. The difference is that now she will be more mindful of how she spends that money.”

Taylor agrees. Though she isn’t planning to retire anytime soon, she’s more aware of the future—and of how making mindful choices today can help secure tomorrow. “I think about that all the time,” she says. “It’s a mental shift. And I am so grateful for that.”

What You Can Do Today To Secure Tomorrow

While every individual’s situation is unique, experts say that there are general steps older workers can take right now to help strengthen their retirement readiness during the coronavirus pandemic:

This informational and educational content does not offer or constitute financial, insurance, investment, legal, tax, or accounting advice.  The subsidiaries of Equitable Holdings, Inc. do not provide tax, accounting or legal advice or services.

CFP® and CERTIFIED FINANCIAL PLANNERTM are certification marks owned by the Certified Financial Planner Board of Standards, Inc.  These marks are awarded to individuals who successfully complete the CFP Board’s initial and ongoing certification requirements.